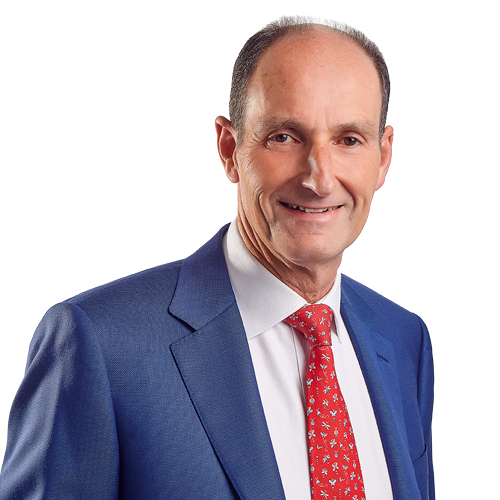 I was born on 21st August 1960 in Islington. My parents both come from Hackney in East London. My father was a London Taxi Driver and my mother has, since the age of 16, worked part time for Blooms, a family business known for being the world’s most famous kosher food business.

My parents never had the opportunity to further their studies, therefore, whilst they put no pressure on me, they did instill into me the virtues of obtaining a professional qualification. I can remember them telling me how an accountant would always find it easier to obtain a mortgage and buy a house. My earliest memory of wanting to be an accountant was when asked to act out at school what we wanted to be when we grew up. I remember at the age of nine sitting behind my desk writing as though I were an accountant.

As with all children at school, I had my ups and downs but, fortunately, I matured early enough to realise that I needed a career to improve my quality of life. After passing my exams at school, I attended University College London where I studied Economics and in 1988, I graduated with a second-class upper degree.

Lured by the big firms, I joined Deloitte Haskins and Sells, which, at the time, was the UK’s second largest accountancy firm. As a result of merger and change, the firm has become part of the UK’s largest firm, PWC.

During my training, I enjoyed working at some of the firm’s well known publicly quoted clients. I quickly realised that auditing was not for me, since I needed more pro-active work and shortly before qualification, I transferred to the firm’s corporate tax department.

Knowing that my ultimate goal was to be in general practice, I joined the medium size firm of Levy Gee immediately upon qualifying as a Member of the Institute of Chartered Accountants. At that firm, I specialised in personal tax and after further studies, became a Member of the Institute of Taxation. I spent two years at Levy Gee, by which time I was able to obtain a certificate to practice and felt ready to go into practice.

I then formed the practice of Ramsay Brown and Partners in September 1988. In the years since then, the firm grew steadily and enabled me to achieve what I had always wanted. In 1989, Accountancy Age, the national accountancy magazine recognised my achievements by featuring me as one of the high-flying achievers in the few years after qualification. After 30 plus years with my partners we formed RBP a new dynamic firm to take me to the next stage.

Outside of the firm, I have enjoyed a long relationship with my wife Janice who I started courting when I was 16 and she 15. She supported me though the hard years of my studying and we were married in 1983. We now live in Hadley Wood and have three lovely children, Katie (who is now a Chartered Accountant and Partner at RBP), Bradley and Hannah.

Outside work, much time is spent with the children, but I am always in need of new challenges. My obsessive love of football and in particular, Arsenal Football Club, is well known to all who know me. I have brainwashed my young son, as my father did to me and together, with my brother, we travel to Highbury for every game. I have travelled all over the country and throughout much of Europe following the team.

For me, a football match gives me the opportunity to experience a complete change from the daily routine.

Personal fitness is another major interest of mine, with daily trips to the gym either before or after work. In 2013, I became only the second person in the UK to run all six world major Marathons (Tokyo, Boston, London, Berlin, Chicago and New York) in a single year.